coming up next: lyrics used for the third incarnation of brachland.

plus I added some extra-cheese. "fond" sometimes was called "stalker" and the lyrics changed from time to time, below you'll find two versions. we started in line-up 2 with this song and after a while people got a little angry with me because of the constant rearranging. 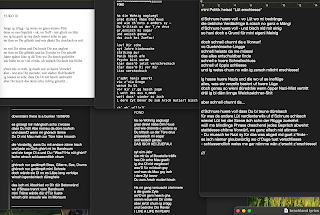 "Statue" and "Vergiss Mi Jetzt" are the best songs by line-up3, the melody for "Vergiss Mi Jetzt" is by Mänu. Flöru brought the main riff for "HC" and has become one of the most-played tracks on spotify. another top tune on spotify and another controversial one on here is "knöcheltief". you'll find this track also on a compilation of international hardcore bands created by the drummer of ABANDON CAUSE in 2016. Thanks! 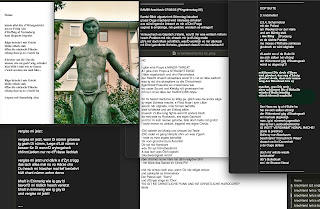 I was never satisfied with "Poser" (another riff by Flöru), the lyrics for this one and "knöcheltief" were just made to please our audience. in fact "Poser" went a bit viral on youtube but that video is now gone and I changed the lyrics for the release day in ...well well well... 2016. made several efforts and never cam to an end because there was too much I wanted to include. in the end I started freestyling and then rewrote and rerecorded this freestyle, using some of the original parts but you'll have to listen to this by yourself as now I'm only adding the old "Poser" lyrics. "Back On The Map" is a fun song, dissing some ex-members and a famous coverband from a nearby town. "Vendetta!" has some lyrical changes in the 2006 version and I don't know Mänus lyrics for "Strahlend Schön". 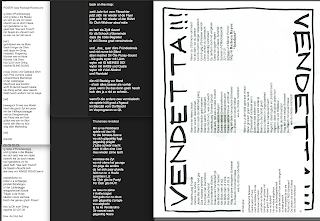 but I know a few songs more! we used to work on "Borchert" in line-up3 but it never sounded right. "Nihilism" is a lost song from line-up1 or 2, all the other lyrics once were in the pipeline but weren't even used in a moment of jamming. "Tobsucht" was written before the band even existed and originally was meant to be the theme song of the band - until the apperance of  this short-lifed german art-rap-group using the same name. 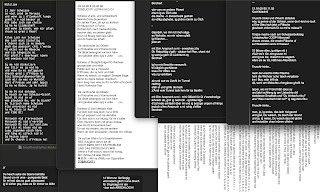 same here. "Affront" was meant to be a recreation of "Februar/Anti-Nazi" (and had a part stolen/dedicated to DIE AERONAUTEN) but the rest of the band didn't show up a lot sometimes, so I forgot about this one. the music for "Tat&Wahrheit" was stolen by GRAZHDANSKAYA OBORONA - the band also responsible for brachland choosing to use their native language after the first period in german. people first couldn't understand why we did so but with growing popularity of the local hiphop-artist, all of them also rapping in bärndütsch it simply became cool and more than one band just jumped on that train. "Motivation" is a diss-track against the shitty band some ex-members of brachland formed. 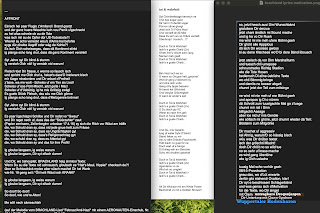 "Figg Dini Fründin" is one of my personal faves but I'm not sure if I really planned to use this song for the band. "Egoshooter" was written after the split of line-up3 and after I had written "Motivation". "Tango Für Timon" should have become a brachland-smash-hit, same as the untitled track that was called "Alarm" later because the music was stolen by THE ALARMs "Across The Border". these four songs eventually were included in the MILITÄR release and maybe presented earlier on my youtube-channel. using the same picture as shown on bandcamp adding "Militär" and "Alarm" to the title it attracted the wrong kind of persons and they ripped me to shreds in the comment box. I have never seen so many dislikes on any yt-video before and after. 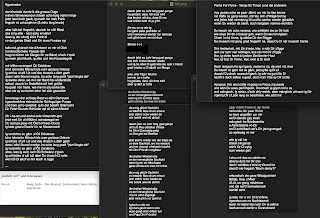 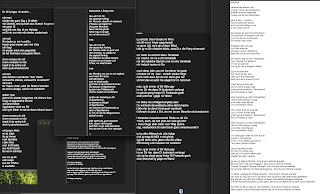 oh! I forgot about the song called "Vorhang"... 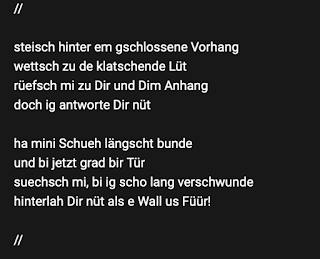