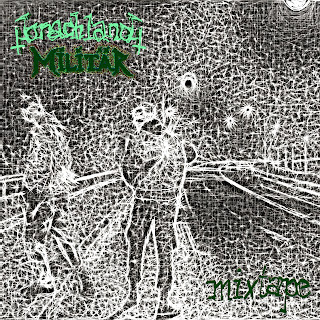 and then there was this.

the band formed in 1998, around December 1999 we began to call ourselves brachland. in 2004 we called it a day but soon we rehearsed again - until the very end in summer 2006. the BRACHLAND-BUNKER, our huge rehearsal room, was a place to hang out for the local kids during a time the official youth clubs were shut down by the authorities (or burned down...). we also gave shelter to various other groups, from hiphop to grunge, from punk to metal, sadly it never worked out very well. after 2013 (2014?) we kept that place to ourselves but at that point it already had become difficult. the usual stuff. please clean up the mess you've made by yourself. please remove the trash. by trash I mean you, please die!

in the end it became impossible for me to use the space I built up and I have left the place now and I'm angry. but there was a time when I used to hang around there daily, usually listening to new records on top volume, drinking & writing until I got totally wasted and went outside to wander around and smash things up. oh and sometimes I recorded some songs. I have released some of them a few years ago on my youtube-channel (not the brachland one...) and even later on bandcamp as MILITÄR but I never felt comfortable with that output. to celebrate the leaving of the BUNKER I have released some kind of a best-of compilation on spotify. check it out! sounds like brachland played by some infernal cavemen.